You probably might have heard the phrase – “We Should All Be Feminists” and from some of my interactions, I realized that there is a big fuss and sensitivity around the word and the concept of ‘feminism’.
This sensitivity comes to bare majorly on social media (twitter especially) whenever there is a trending topic that borders on gender imbalances , gender differences or any man vs woman debate. You would find a lot of people calling out ‘feminists’, mostly in a derogatory manner, and you would almost think that being one is a ‘plague’.

Personally, I never identify as a feminist simply because I don’t like ‘tags’ . I hate being boxed into a corner by a title and would rather ignore them. That being said, when I engage in conversations around this topic people are quick to tag me as one and I don’t make any effort to correct them because it is not something to shy away from.

Now, what is feminism? Simply put, Feminism is the belief in social, economic, and political equality of the sexes. One of the most common misconceptions about feminism is that it’s about man-hating and female superiority. This might be why feminism seems like a dirty word, even for those people who wholeheartedly agree with the term’s proper definition! Almost all modern societal structures are patriarchal and are constructed in such a way that men are the dominant force in making the majority of political, economic, and cultural decisions. Feminism focuses on the idea that since women comprise about one-half of the world population, true social progress can never be achieved without the complete and spontaneous participation of women.

Question -Do you think men and women should have equal rights and opportunities?

I remember some years back when Uber was relatively new in Nigeria, I had placed an Uber request and the driver assigned to me was female. Subconsciously, I found myself immediately cancelling the Uber request (my prejudice at play). The instant I realized what I had done , I wanted to give myself a very hot slap. I unfortunately couldn’t correct my action as I got a male driver when I requested again, however, I never forgot that singular experience as it showed me there were still a lot of prejudices I needed to deal with. In our society today, these prejudices are at play everyday.

A few months ago , I received a call from the sales manager for a company selling a special house cleaning appliance , she had introduced the product to a colleague who gave her my contact to market the product to me. After giving me a brief overview of the product, she mentioned she needed to come to my home for a demo so I could see how the product worked and we booked a date . On the day of the appointment, the lady came as agreed and after settling in, she asked if my husband was around to which I answered “No, he’s away on a business trip “ . The next statement I heard translated into one of the most bizzare conversations I have ever had.

Sales Manager: Madam, I can’t do the demo if Oga is not around

Sales Manager: I have done this demo in a number of places and even when the wife likes it, since it is Oga that will pay it is always a waste of time to do the demo without him here because when you tell him about it, he might say there is no money. It is better he sees the demo himself so we can decide once and for all.

I was speechless! Here I was, a budding young professional with dreams and earnings of my own and I had just been reduced by a fellow woman (she must be in her late thirties) to not being able to make a minor decision like getting a cleaning appliance for my home since my husband was not around. I politely said okay , let’s talk later. However, there was never a next conversation.
After the incident, I told my husband and he was equally stunned.I took some time to reflect on that incident and realized maybe I should have said something, maybe it could have been a teachable moment for her – but in that time I couldn’t have had that conversation. Ever since that day, I made a decision to never let such events pass without politely putting out my point of view.

We all make these mistakes and have our unconscious biases; we however need to be conscious of them and make a point to call ourselves out when we derail and point same out to others we interact with. Correct your mum when she says your daughter should be the one to carry the plates to the kitchen while your son plays video game , Correct the officer or security at any public place who says to you or your spouse- “this one no be woman matter, madam no put your mouth” . These are of course simple examples but are daily pointers to the bigger issues.

I want my children to grow up in a world where my daughter doesn’t feel inferior because she’s a girl or where my son doesn’t think he is superior on the basis of his gender. I want my children to feel unstoppable because of the knowledge they carry and not the stereotype of their gender. A world where my daughter can attain any position in the workplace and in the world by working hard like her male counterparts.

Whether you refer to yourself as a feminist or not, you should want this and it starts with identifying first your own biases and that of others you interact with. We all have a responsibility to make the world a better place.

Why I Decided To Start Writing

The never ending debate – to leave or to stay 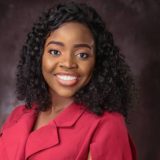